Dependency structure shows which words depend on which other words.

The arrows are commonly typed with the name of grammatical relations(subject, prepositional object, apposition, etc.) 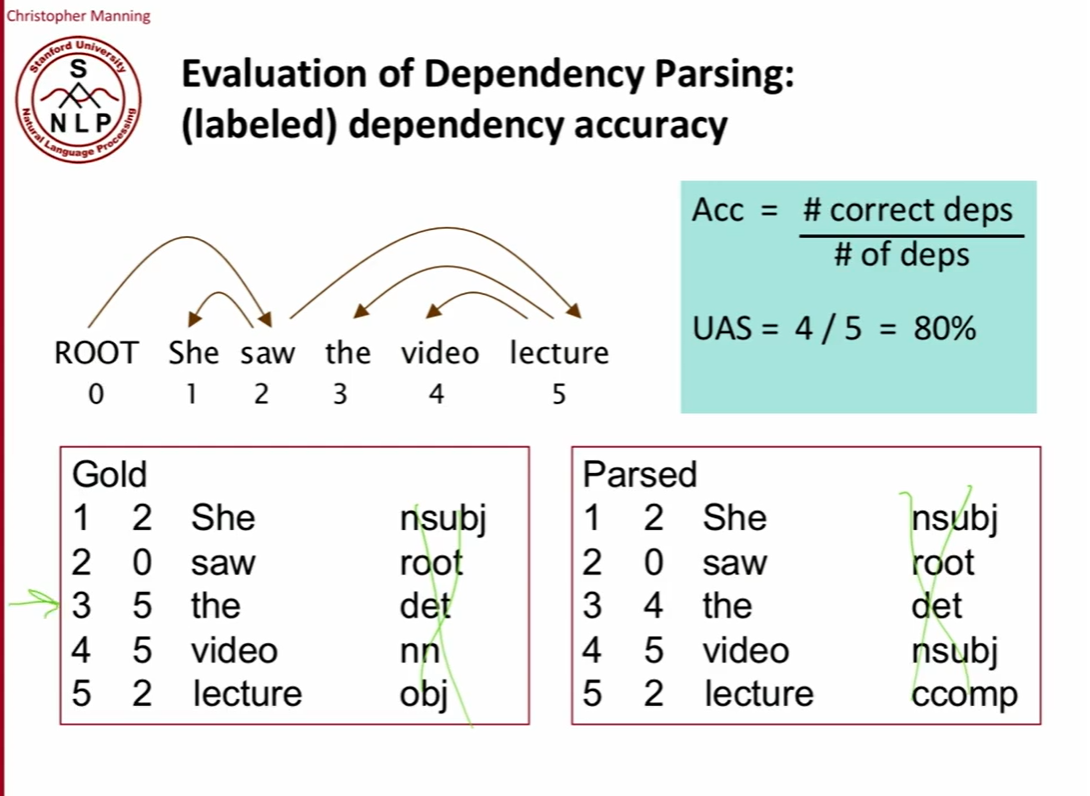 Why train a neural dependency parsing?